Embryo by Revolution out of Jovian's Dam, Top Seller of 2021 Global Dressage Auction 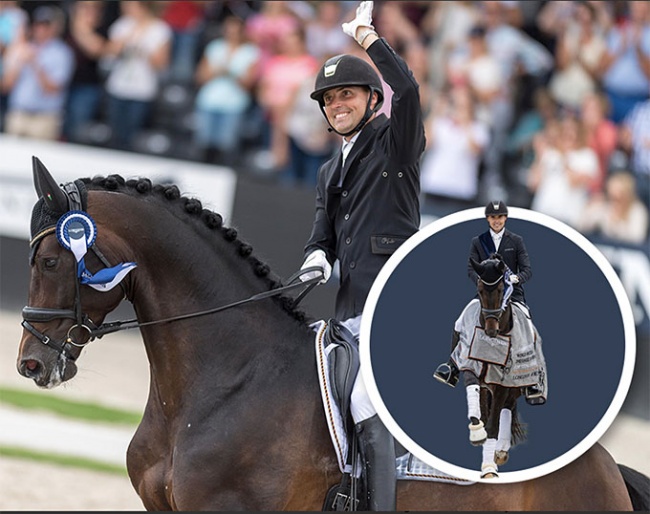 An embryo by Revolution out of World YH Champion Jovian's dam became the top selling lost in the first Global Dressage Auction, an online auction organised by Abel Slippens and Koos Poppelaars.

The online bidding on nine interestingly bred embryos concluded on 26 January 2021.  The lots were sold to the Netherlands, Germany, Denmark and the United Kingdom.

The highest price was paid for the Revolution x Tango embryo, which had a winning bid of 27,000 euro. It sold to Germany.

The second highest price was 16,000 euro, paid for an embryo by So Perfect out of Frau Pigge (by Fidertanz x De Vito). The unborn foal will be produced by the full sister of Foundation. It sold to Helgstrand Dressage.

The Toto Jr out of Kerlouan (by Bordeaux x Jazz x Ulft) sold for 14,000 euro. The grand dam is Parzival's full sister Toulouse.

An embryo by Escolar out of Fran S (by Jazz) and out of Don Schufro's dam line fetched 13,000 euro.

The average price for an embryo was 13,700 euro. Seven out of 9 embryos were sold, two did not meet the reserve price.

Related Link
Koos Poppelaars: "Our Auction is the Response to a Change of Focus in Dressage Horse Breeding"