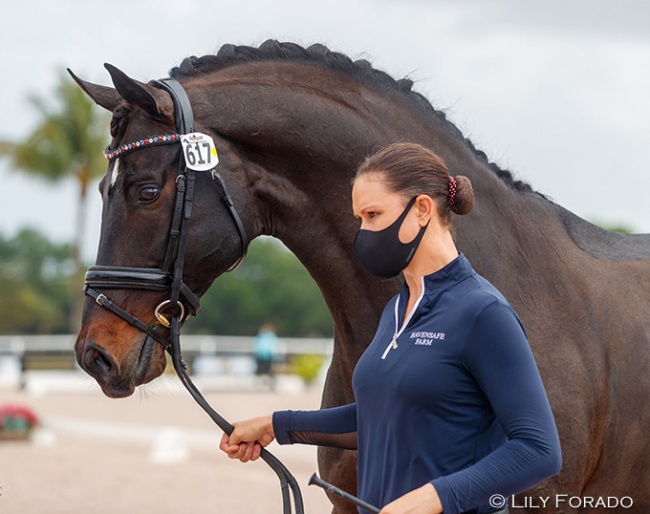 US Equestrian has announced the addition of a U.S. Dressage Short List Observation Event to the competition calendar, set to be held at the Palm Beach International Equestrian Center (PBIEC) in Wellington, Fla., from June 8-12, 2021, ahead of the Tokyo 2020 Olympic Games.

After much consideration, USEF, alongside program leaders and team selectors, have made the decision to continue team selection preparations in the U.S., as the window of opportunity to prepare effectively in Europe is very small and should anything change, it would be too late to formulate an alternative selection plan.

Given the competition opportunities made available to combinations over the past few months, it is has been determined that the team can prepare effectively in the U.S. by utilizing existing competitions and the final Observation Event.

The Observation Event will provide an opportunity for U.S. Dressage Short List combinations to compete in an environment similar to what is expected during Games, with classes taking place in the evening under the lights in a similar humidity and temperature index as Tokyo.

The Horse Inspection will take place on Tuesday, June 8, and combinations will compete in the Grand Prix on Wednesday, June 9, with the group draw order determined by the World Rankings List. The Grand Prix Special Test to Music will be held on Friday, June 11.

Americans Still to Compete in Europe this Year

The U.S. Dressage program intends to facilitate and support overseas travel to Europe for additional teams this year, including Young Rider, U-25, and Senior teams, to continue building momentum towards the 2022 World Equestrian Games in Herning, Denmark, the first team qualifying opportunity for the Paris 2024 Olympic Games.

Confirmation of additional team events will be announced over the course of the next several weeks and the U.S. Dressage program looks forward to working with organizers in Europe ahead of the summer and fall seasons.

The updated Olympic Ranking List, based on the average Grand Prix Special score, was updated on 22 March 2021