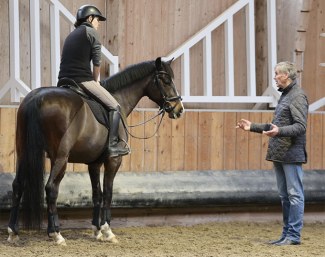 Ekkehard Rönnefarth, a manager of numerous renowned stud farms in Germany, has passed away.

In 2004 he took over the general management of the Trakehner stud farm Gestüt Webelsgrund, succeeding Ralf Hartmann. With him the stallion station grew in size

His next job was at Gestüt Wiesenhof in Krefeld, where he worked for the Hüttner family.

His next job was at Hofgut Albführen, from which he retired in 2015 to retire.  Ekkehard moved to live with his family near Cologne.

Ekkehard shared his knowledge and expertise of horse management through many seminars and clinics. He also served as a breed show judge.

"First and foremost Ekkehard Rönnefarth was humane, always friendly and independent, with a respectful attitude. He will be greatly missed," Zuchterforum wrote.