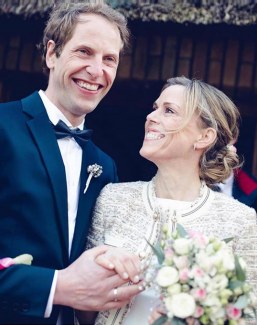 Belgian junior team rider Jette de Jong has sold her FEI dressage pony Ravelli to the 13-year old Megan van der Smissen. Ravelli is an 11-year old Dutch bred New Forest Pony by Polsbury Pirelli out of Valerie (by Valentino). He is bred by J. van Heerde and was owned by De Jong. Jette and Ravelli made their international show debut at the 2017 CDI Waregem and went on to compete together through 2020. They showed at Le Mans, Roosendaal, Lier, Joosland and Saumur.

The 9-year old Swedish warmblood licensed stallion Fairway has been sold to dressage judge Cecilia Volnasek. Bred by Helene and Andersen Johansson and owned for one year by Gustaf Johansson, Fairway is now the new youth rider's horse for Alma Volnasek. Fairway is by Floricello out of Astoria (by Sandro Hit x Rohdiamant x Sion) and competed in 2015 under Emma Ahlberg.

Danish Olympian Anna Kasprzak gave birth to her second child, a boy, on 27 March 2021. She and her partner, Mathias Skov Rasch, are already parents to an almost 3-year old girl, Ella, who was born 10 May 2018. Anna has not yet revealed the name of her newborn son.

British Grand Prix rider and former team member Michael Eilberg and his wife Maya Goldberg  have welcomed a baby girl named Amalia Annie Eilberg to their family. She was born on Saturday morning 27 March 2021. Eilberg and Goldberg are already parents to a son, Joshua, born in June 2019.

The 11-year old internationally competed FEI Dressage pony Struntze's Masterpiece has moved back to Germany and is sold to a young student of Semmieke Rothenberger. The liver chestnut Welsh pony by Fjordglimt Mr Gipson x De Noir is bred in Denmark by Kimi Nielsen and was originally owned by Helen Baekmark. Under Danish Ellen Bruun he made his international show debut in 2018 and competed CDi's in Diepenbeek, Sint-Truiden and Uggerhalne until May 2019 after which he sold to Germany to Alessa Maas. The 13-year old Maas had the pony for two years, making her show debut in November 2019 in Ankum and competed him at national shows through 2020. Masterpiece was sent back  to Denmark to be resold. Also known as "Peppi", he has now returned to Germany to be a schoolmaster for a new young rider.

British Dressage celebrates a new logo on 29 March 2021. "After 22 years of the familiar BD, we have a new modern look which captures everything our sport is about - artistry, harmony, partnership and inclusivity. We'll be rolling on across our digital platforms first and then into print when items need to be reproduced - keeping costs to a minimum."

German veterinarian Dr. Franz Selhorst passed away on 20 March 2021. He was 83 years old. Dr. Selhorst is particularly known for being the official veterinarian at the Warendorf state stud during the time that Dr. Gerd Lehmann was head director there.

"The horse industry is perhaps the industry in the world with the most wealthy people who like to spend a lot of money. I want to see how far it is possible to go with a horse business," said Andreas Helgstrand in a press release from Hästföretagarforum (Horse Business Owner Forum). Helgstrand employs 250 people with 650 horses spread out over different facilities in Denmark, Germany, Holland and the USA.