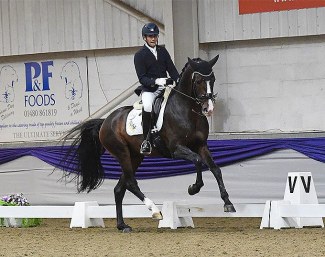 Jaristo is a 2014 KWPN stallion by Dream Boy out of Variska (by Nourejev x Houston). He is bred by Appie Dijkstra in The Netherlands.

In 2014 he won the Tolbert KWPN Foal show. Two years later he was presented in the first phase of the 2016 KWPN stallion licensing, but not accepted. for breeding.

Jaristo sold to Andreas Helgstrand and first came in the spotlight under Austrian rider Manuel Springhetti, who qualified the stallion for the Austrian team for the 2019 World Young Horse Championships and then got barred from competing by the Austrian equestrian federation for not paying his rider's licence on time.

In 2020 Jaristo moved to Emile Faurie's yard in the U.K., where the stallion was trained by assistant rider Tom Goode. He qualified the stallion for Team Great Britain for the 2020 World Young Horse Championships in Verden, but that competition got cancelled due to the corona pandemic.

In 2021, Jaristo moved to Helgstrand Germany and in training with Eva Möller to enable an easier sale as Britain was locked down due to Covid-19 and dealt with Brexit.

The stallion has now been sold to the rising 17-year old Emma Luersman.

The pair competed through 2019 at CDI's in Waregem, Exloo, Lier, and Compiegne. Their last international was the CDI Lier in March 2019.

Luersman is originally from Saint Joseph, Michigan. Her father Paul Luersman runs a Dutch law firm and mom Abbe is the Chief Human Resource Officer (CHRO) for Royal Ahold Delhaize. The family lives in The Hague.