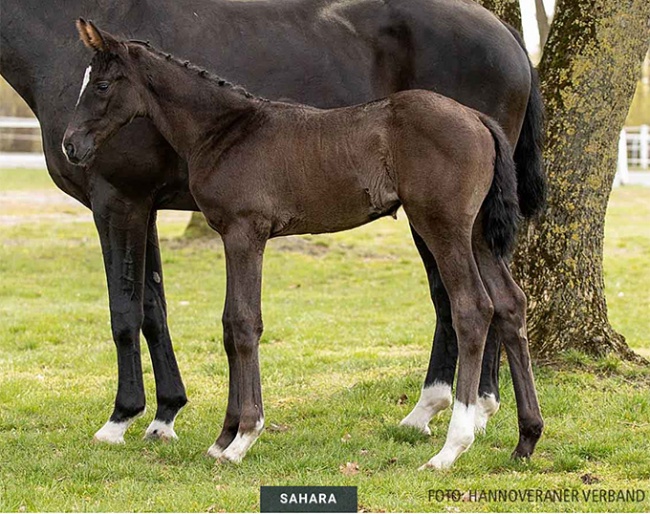 Sahara became the highest priced foal in the second edition of the 2021 Hanoverian Spring Online Foal auction series that will be hosted by the Hanoverian society from Verden, Germany.

A collection fo 26 foals was sold and they achieved an average price of 9,875 euro.

Sahara (by Sezuan x Sandro Hit), bred by Wilhelm Klausing, sold for the top price of 36,500 euro to The Netherlands.

The most expensive colt was Bon Ludwig (by Bon Courage x Rotspon), bred by Hans-Ludwig Dittmer.  A renowned stallion station from Brandenburg paid 16,500 euro for him.

Juvia (by Janeiro Platinum x Sir Donnerhall) sold for 15,500 euro, while the jumper Dubai (by Dallas VDL x Lordanos) left Germany for the U.S.A. for 13,500 euro.

14 foals found new owners in Germany. The international interest ranged from Europe to Chile and the USA. Two foals each travel to Belgium, France and Great Britain.