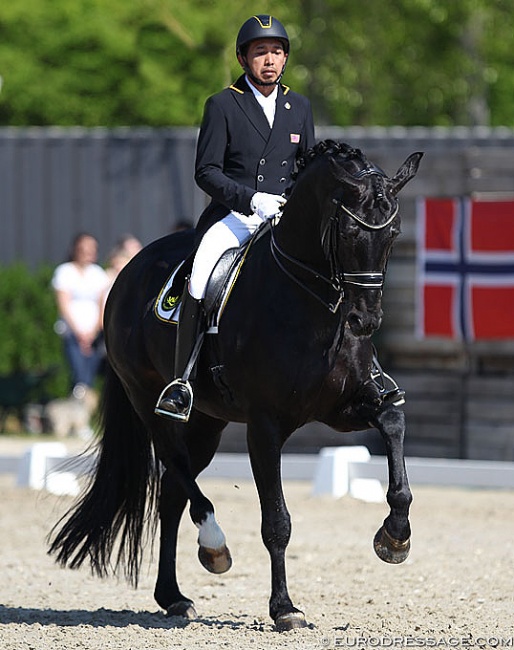 Malaysian Grand Prix rider Qabil Ambak announced that he has received an individual starting place at the 2021 Tokyo Olympic Games from the FEI following the "withdrawal of an individual eventing rider".

A day after the publication of this article, the FEI confirmed it made an "administrative error" and that it was not an eventing rider but a dressage rider whose place freed up for Malaysia.

In 2020 Ambak returned home to Malaysia with his MER in his pocket, but Malaysia did not obtain an Olympic slot in Group G: Korea and New Zealand did.

The corona pandemic has kept Ambak grounded and his Danish trainer Dennis Fisker took over the ride on Delatie and showed the horse in Herning,Vilhelmsborg and Doha the past year and a half.

With the withdrawal of an individual slot in dressage, the FEI has decided to allocate that starting place to a dressage rider from Malaysia.

Ambak's Olympic ticket, however, is not guaranteed as the rider has not competed since December 2019 and not yet achieved his official "Confirmation Result".

A minimum of 66% must be attributed twice to the Athlete/Horse combination by both a 5* star judge and as an average from all judges in the competition, and the score must be achieved in a Grand Prix test at any CDI3*/CDI4*/CDI5*/CDI-W/CDIO event. The 5* judge must be of a nationality other than of the Athlete.

Ambak's only possibility to achieve this confirmation score is at the final show, the CDI Le Mans, before the cut off date of 21 June 2021.

"This comes very last minute which is only 2 weeks before the 21st (of June) deadline to get the confirmation results and Le mans will be the only show," Ambak told Eurodressage.

"With the current pandemic situation it is not as easy to just fly to Europe without proper documentation, so I'm asking FEI to give some consideration for special circumstances on ways to do it. Maybe get some 5* judges to assess my riding in Denmark?," he hopes.