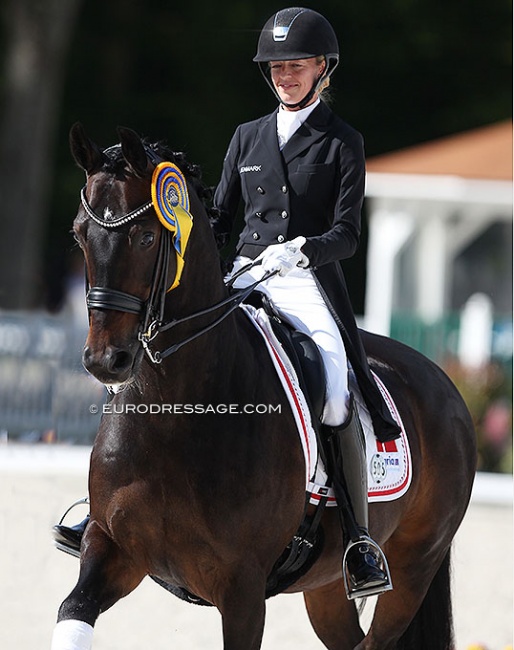 The Danish equestrian federation and its team trainer Nathalie zu Sayn-Wittgenstein have announced the short listed riders which will participate in the final bootcamp where the decision will be made who will be on the Danish Olympic team.

The Danish long-listed Olympic team candidates competed at last weekend's CDIO Compiègne in France, where team Denmark was unfortunately eliminated from the Nations' Cup after leading rider Cathrine Dufour and her Olympic team candidate Bohemian were rung out from the GP Special. The Bordeaux x Samarant gelding refused to enter the arena after the bell had been rung.

Dufour, however, lived up to the expectations in the Grand Prix in which she placed third with 76.500%. The Danish highlight performance came from Carina Cassoe Kruth and Heiline's Danciera, who were second in the Grand Prix and won the Special with 77.872%.

Based on the performances there, Zu Sayn-Wittgenstein drafted a short list of just four riders which will go to the bootcamp at Blue Hors stud on 14 - 15 June 2021. The team will be named afterwards.

Daniel Bachmann Andersen and Carso’ni are named reserve, but will not participate in the bootcamp.