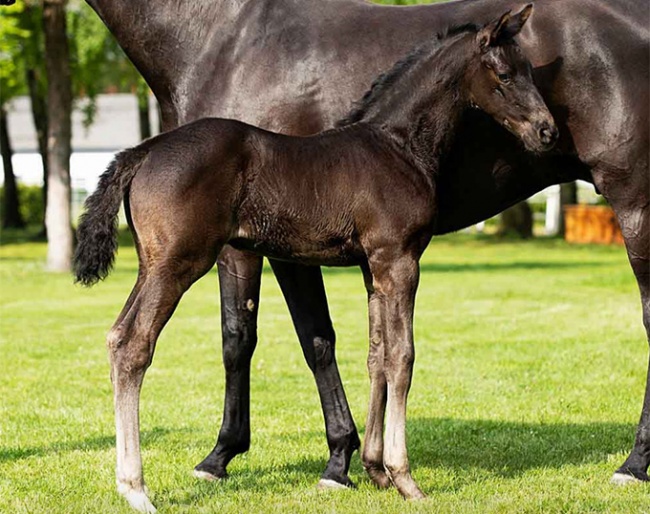 Sir Lui achieved the top price of 27,500 euro in the 4th edition of the 2021 Hanoverian Spring Foal Online Auction in Verden, Germany.

Mostly German customers ended up purchasing the foals in this collection.  An average price of 9,259 euro was paid for the 26 foals.

Sir Lui (by Secret x Sarkozy), bred by ZG Dittmer, was the top seller for 27,500 euro and sold to a German client, who also purchased the second most expensive foal of the lot, Savanna (by Sezuan's Donnerhall x Don Crusador), bred by Reinhard Wilms. The filly sold for 26,500 euro.

The third most expensive foal was the best selling jumper foal, Damion (by Dominator Z x For Pleasure). He stays in Germany for 17,000 euro.

The Verden Foal Spring continues in a two-week rhythm. The next Online Foal Auction dates with about 20 foals each are: June 14 to 17 and June 28 to July 1. The Verden team is already looking forward to the first public presentation at the Verden Auction for foals and broodmares on August 6, followed by an Online Auction on August 7 and 8. Of course, this will only take place if the official regulations will allow it at that time.