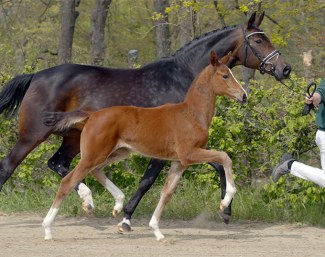 Via Valdi became the best selling foal of the fifth edition of the Wickrath Foal Auction, hosted by the Rhinelander breed society based at Schloss Wickrath on  2 - 6 June 2021.

A collection of 22 dressage and show jumping bred foals was up for sale.