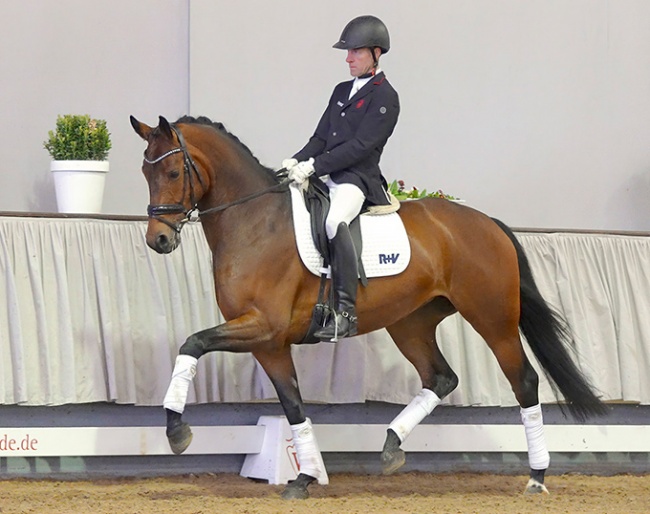 A collection of 51 was up for sale, 46 of them ended up going into the auction and 39 were successfully sold to new owners for an average price of 23,019 euro.

The most expensive dressage horse was Anna von Schlotterstein (by Apollon x Furst Grandios), which was bred and presented by Frederik Vekens. Named after the main character of the "The Little Vampire" book series, the bay mare sold for 41,500 euro to the U.S.A. She will move to the stables of Olympian Dr. Cesar Parra.

A total of 18 horses will continue to be promoted outside of Germany. customers from Sweden were particularly successful, securing three young talents from the dressage lot.