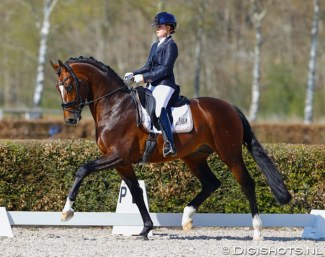 The second Dutch selection trial for the 2021 World Young Horse Championships took place in Ermelo, The Netherlands, on 21 - 22 June and the selectors picked a new group of horses eligible to appear in the last trial.

A few horses were absent at the second trial and they are given permission to appear in the third if they fulfil some unspecified requirements of the selection committee.

The final selection will be made on 19 - 20 July at the third and last trial. The selected team horses will meet one more time on 3 August for a training session and test practising.

Invited to appear in this third trial are: