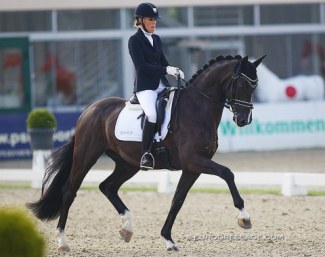 The Belgian Equestrian Federation has announed the horses that will represent Belgium at the 2021 World Championships for Young Dressage Horses in Verden, Germany on 26 - 29 August 2021.

The KBRSF hosted two selection trials with international judges and once with an established young horse trainer as selectors.

The first trial was held in Flemalle on 16 June with Dieter Schüle, Ghislain Fouarge and Dr. Ulf Möller. The second in Meerle on 7 July with four judges: Lars Andersson, Knut Danzberg, Sandy Phillips and Freddy Leyman.

Selected to represent Belgium are:

No 7-year old reserves were named.