Starting Order for the 2021 Olympic Grand Prix - a Projection 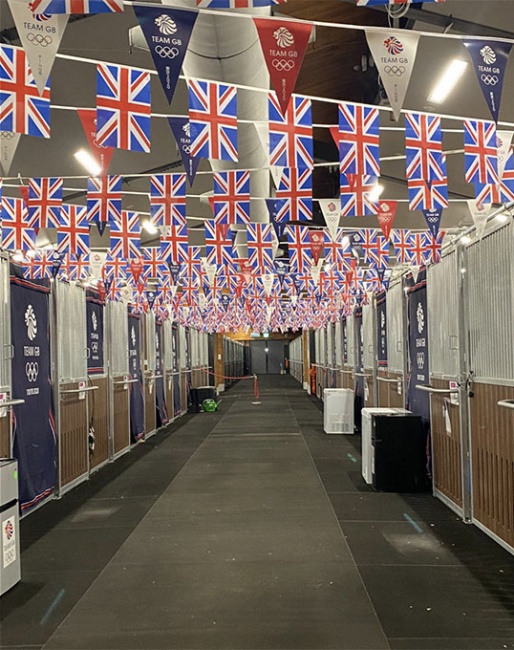 David Stickland of Global Dressage Analytics loves prognoses and score analyses. With the 2021 Olympic Games in Tokyo running through a new format with a heat system for the Grand Prix, the starters list for the Grand Prix is no longer a draw but based on the World Ranking.

The new three-team member format has changed the dynamic of the team competitions. Not only is the pressure more intense as each individual performance will count for so much, but it has also opened the door for many more countries to take part.

All sixty riders compete in the Grand Prix. 18 individuals will qualify for the individual medal competition, i.e. the Grand Prix Freestyle. Those 18 are the best two from each of the 6 heats, plus the next 6 with the best overall results.

The 8 top scoring teams from the Grand Prix (24 starters in total) qualify for the team medal competition, i.e. the Grand Prix Special, which can be ridden to personal music, but the music does not count in the assessment but is for entertainment purposes.

Stickland has made a "projected" starters list for the Grand Prix based on the current list of 60 riders that have travelled to Tokyo and are considered the team members. Last minute team changes with reserves are not taken into account. Teams can substitute a pair until 2 hours before the horse inspection which takes place on 23 July 2021

The starting order for the Grand Prix is… “interesting”.

It is based on the relative World Dressage Ranking List (WDRL) positions of the actual starters (the version dated 30/06/2021); each rider is assigned a relative WDRL number in the range 1-60 and they are placed in starting positions as shown in the attached table (from the FEI Tokyo regulations). Then there are some corrections made to ensure no nation has more than one rider in a group, or more than two in a day.

The real list won’t be known till after the vet check (Friday July 23rd) and the team declaration. I have no idea what happens to the start order if a country makes a change up to the deadline of 2 hours scheduled GP start time, but to show how it might be I calculated a version today (any errors are mine and of course the real world may not be like this).

The big advantage is that the riders probably scoring the highest rides are distributed over the two days; the disadvantage is that means you may need to rearrange your sleep schedule given the time zones, or just not sleep! 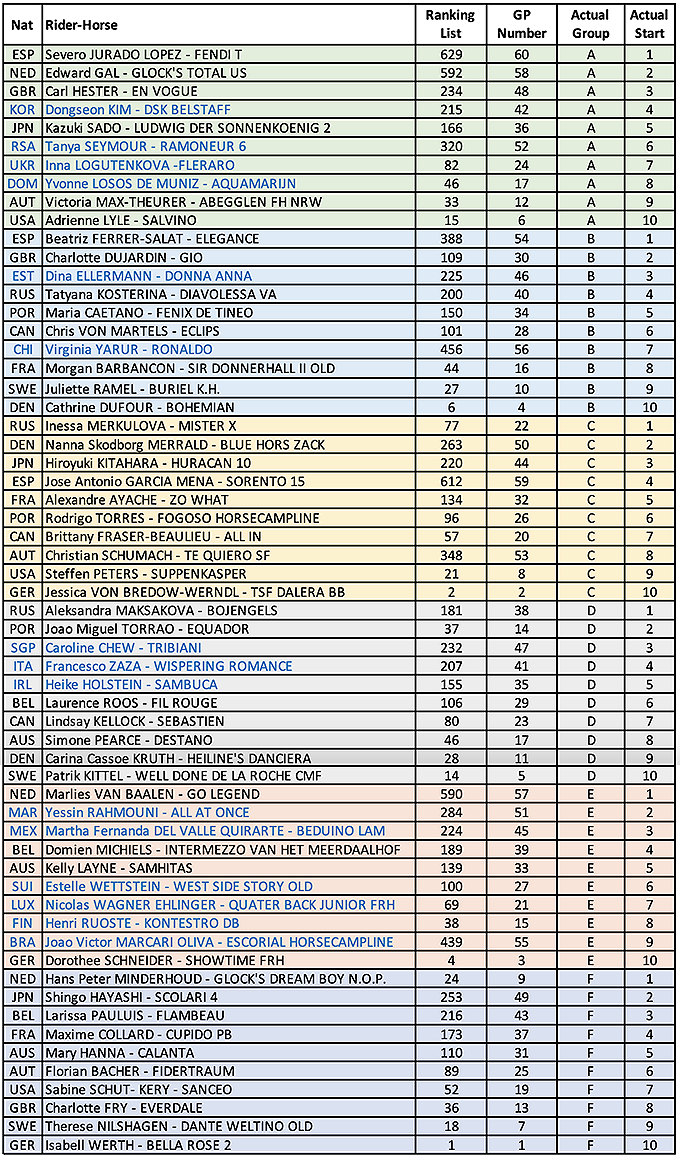 Related Links
David Stickland: What's in the New 2020 Olympic Format Proposals?
It's All Go for Tokyo, but Without Spectators