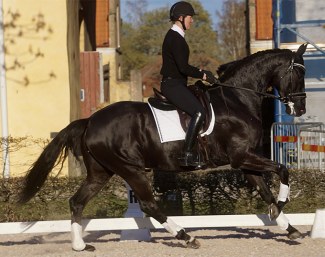 The Swedish Equestrian Federation has drafted a short list of the combinations which will be nominated to represent Sweden at the 2021 World Championships for Young Dressage Horses in Verden, Germany.

This year's World YH Championships will return to Verden after the 2020 edition was twice cancelled - first in August, then in December. They will take place 25 - 29 August 2021.

Through the Swedish warmblood society, Sweden is eligible to send four combinations per age division. They have nominated eight pairs per age category, but four are reserves. Who the reserves are, has not been marked.

The selected pairs are: