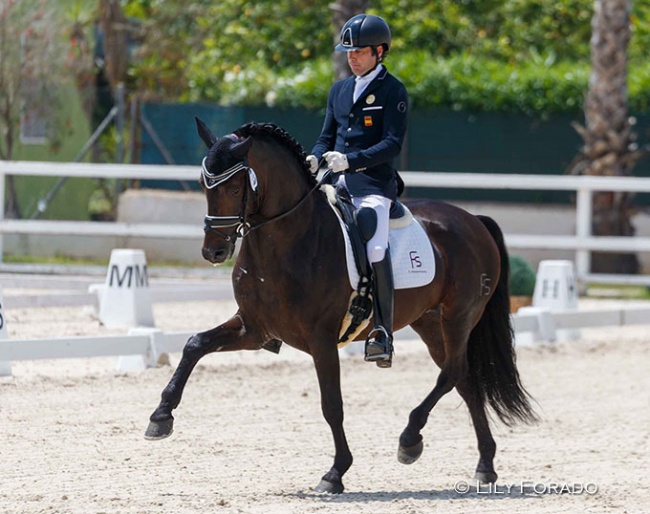 The Spanish PRE breed society (ANCCE) and Spanish equestrian Federation have announced the horses that will compete for Spain at the 2021 World Championship for Young Dressage Horses in Verden, Germany, 26 - 29 August 2021.

Following selection competitions in Spain as well as a two-day training seminar with selector Jose Daniel Martin Docks, the final list of Spanish horses for Verden has been announced.

Spain explicitly chooses to send purebred PRE horses or Spanish Sport horse bred ones (CDE). This year it will be an all-PRE team.

"All of the horses included in the Team have passed the veterinarian examination by Federation authorities and may be subject to later and mandatory examinations prior to the actual commencement of the event," ANCCE stated.  "We greatly appreciate the efforts of all those involved in this selection process: breeders, riders, grooms and the Royal Equestrian Federation."

The Spanish based Cuban dressage rider Jose German Martinez has qualified the CDE Spanish bred Slaughter JB (by Santano x Quaterback). The 5-year old chestnut is bred by Javier Bolao and owned by Only Dressage Horses (Only Entredecora). This is the first time ever that Cuba will be represented at the WCYH.