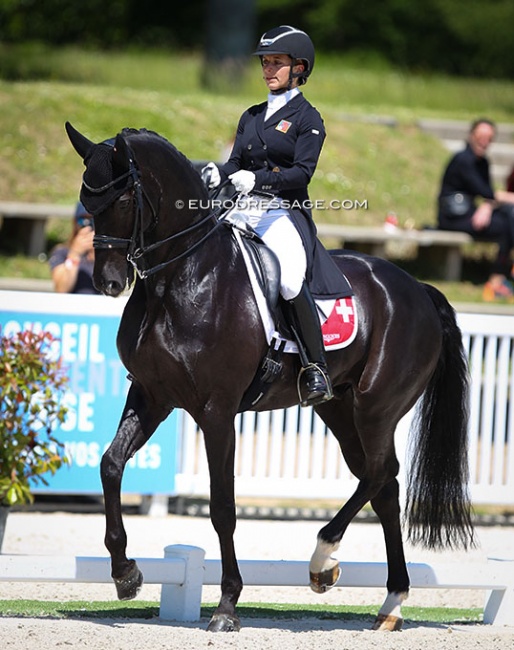 One day before departure to the 2021 European Dressage Championships, the Swiss team has been altered.

Antonella Joannou will not be competing in Hagen with the 16-year old Swiss warmblood Dandy de la Roche (by Dressage Royal x Walt Disney). The horse sustained a minor injury and is not fit to compete.

Antonella will be substituted by Carla Aeberhard with her 13-year old Swiss warmblood Delioh von Buchmatt CH (by Danone x Wolkenstein II). The pair also competed at the CDI Herzlake on 31 July - 1 August and posted 67.543% in the Grand Prix and 66.383% in the Special. This year the duo also showed in Montefalco, Compiegne, Kronberg and Deauville.