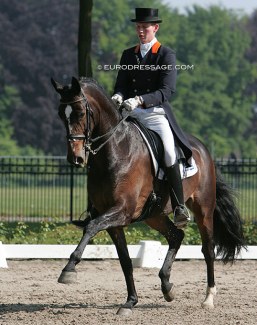 Unlike most German studbooks, the KWPN breed society asks breeders to name their foals upon registering them in the foal book. KWPN published that "Ruby" is the most popular name of 2021.

While in Germany the name of the sire decides the first letter of the name of a horse, the Dutch warmblood society follows the alphabet by year. 2021 is the year of the letter "R" and all foals born this year should have an R-name.

"Hundreds of names have been used, from beautifully original ones to somewhat 'special' names," the KWPN said with a smile.

However it must be said that in fact the prefix "Royal" was most popular. At least four hundred breeders gave their foal a name starting with Royal, but then following with a second name.

In 2020 KWPN did not post which name was most used.