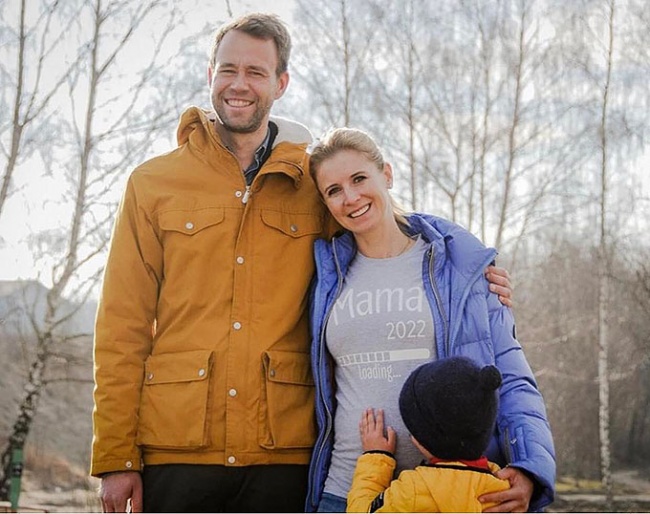 German Olympic champion Jessica von Bredow-Werndl will not be chasing her first World Champion's title in Herning, Denmark, this summer. The 36-year old will be welcoming baby nr. 2 instead. She is due at the end of August.

The Aubenhausen based rider and her husband of nine years, Max von Bredow, announced the news on social media. They are already parents to Moritz, who was born 4.5 years ago in 2017, also in August.

"So infinitely grateful for the second miracle that is allowed to grow in me," Jessica published with an accompanying family photo.

Werndl and Dalera also won the World Cup qualifier in Neumunster in February and will be competing in Den Bosch this weekend to fulfil the minimum two-show requirement to make it to the World Cup Finals in Leipzig, their 2022 show season target facing Isabell Werth, who aims to defend her title there.

A World Champion's title will not (yet) be added to the impressive list of achievements Werndl has been building in less than 12 months time.

"Even though the timing with the World Championships is not optimal, I'm incredibly excited," Werndl told Dressursport Deutschland about her pregnancy.