Edward Gal Takes a Sabbatical. No Competitions in 2022 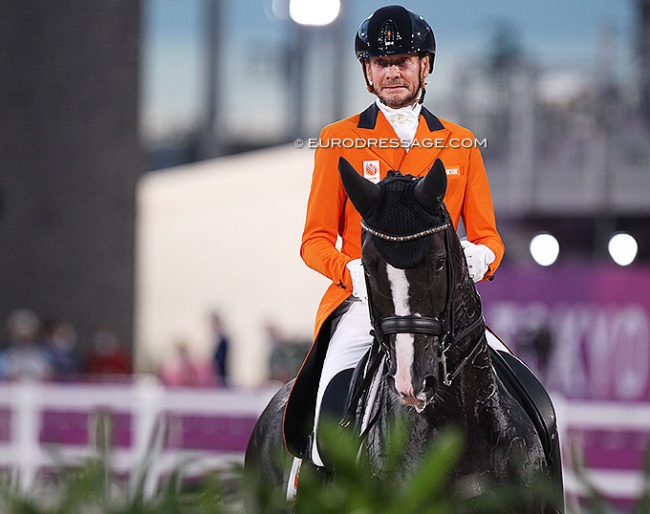 Long-time Dutch number one Grand Prix rider Edward Gal has announced that he will taking a break from competition. The year 2022 will be a sabbatical.

The 52-year old will not be competing at the Dutch Championships, the first mandatory Dutch team selection trial for the 2022 World Championships in Herning.

Gal, who won the National Championships twelve times, announced his sabbatical on Facebook.

"I’ve been riding in competitions for so many years and I’ve enjoyed it. But, after the Olympics, I felt like I wanted to take a break," he stated. "I love riding at home in the GHPC, training our stallions, and I’d like to continue doing that this year in peace. After that, I’ll be back in sport again with all my energy."

Gal made his international break through on the KWPN stallion Lingh in 2004 and achieved his biggest career successes on the legendary Totilas (2009-2010). He returned on the team with Undercover (2012-2015). He rode his second Olympics on Voice in 2016 and most recently represented The Netherlands at the his third Olympics in Tokyo in 2021 aboard Total US.