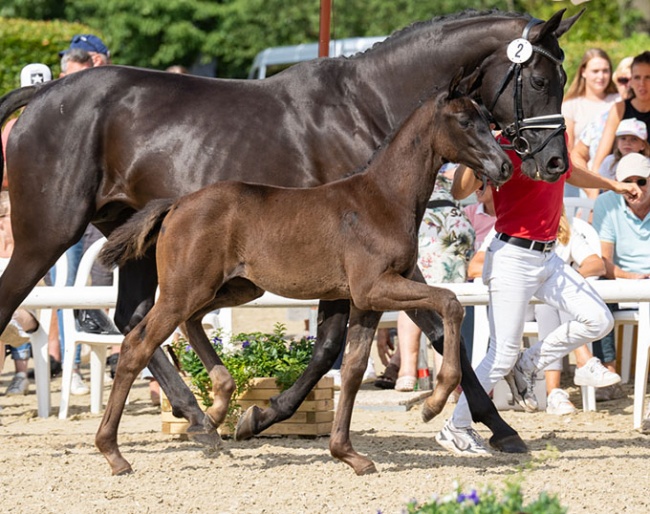 Glamourös became the best selling foal of the 2022 Westfalian Elite Foal Auction for which online and live bidding was possible on site in Münster-Handorf on 30 July 2022.

The collection for this auction included no less than 77 dressage bred foals and 65 of them found a new owner. The average price per foal was 13,688 euro.

This average was boosted by the price highlight of the auction, Glamourös (by Glamourdale x San Amour) which sold for 85,000 euro. The filly is bred and owned by Gestüt Schultenhof and sold to the same clients who also bought colt Bon Totilas (by Bon Vivaldi x Totilas) for 17,500 euro.

Total Dance (by Total Diamond PS x For Dance (breeder and exhibitor: Daniela Graé, Senden) was the second most expensive foal and sold for 44,500 euro.

Three pony foals were for sale. They all found a new owner at an average price of 6,583 euro. The most popular pony foal was Noonlight (by Neverland WE out of the Reserve Champion of the Elite Show 2019 St.Pr.St. Donna Cara (by Der Classicer). She sold for 10,000 euro.