The World Championship LIVE on Clip My Horse - and the insider tip! 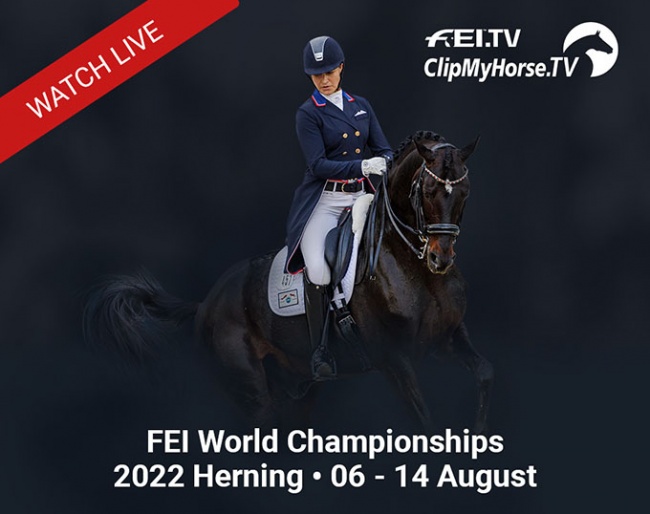 Premium members can follow all the disciplines live on ClipMyHorse.TV, and then watch the best moments of the World Championships again in the media center - completely unlimited. For all those who are not yet a ClipMyHorse.TV premium member, we have a secret tip: Sign up now for the free trial month and enjoy all the benefits of the premium membership for one month completely free of charge - including the World Championship!

The World Championship kicks off on Saturday, August 6, with the dressage riders, and concludes on Sunday, August 14, with the show jumpers and the para-dressage riders. In addition to the live broadcast, the program includes insights behind the scenes and daily highlights broadcasts.

The program at a glance (C-EST time zone)*:

Save 10% on ClipMyHorse premium membership using the code "Eurodressage10" after your one-month free trial.

If you have any questions about the broadcast, you can always contact our support (support@clipmyhorse.tv) or you can also find all the details on the landing page: