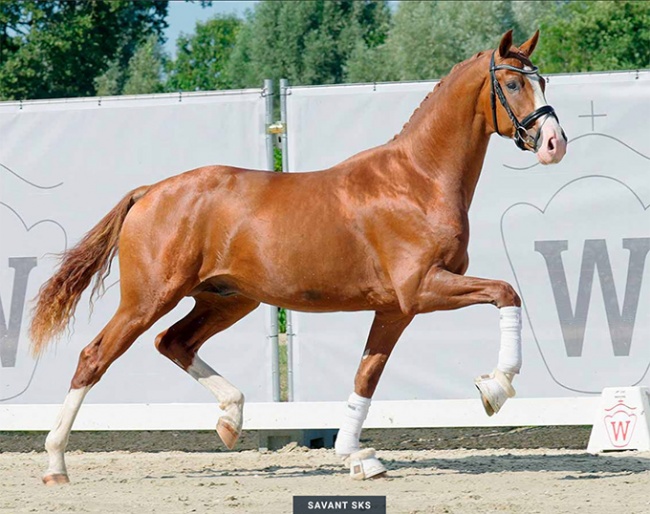 The 2.5-year old Savant SKS became the best seller in yet another edition of the incessant stream of online auctions the Westfalian breed society has hosted in 2022.

According to Horses.nl this is already the 55th (!!) auction of the season and although the price highlight sold well, the other horses in the collection fetched more modest prices. This time a group of 2.5-year old colts and some pregnant broodmares was sold.

Savant SKS (by Secret x Soliman de Hus) generated the biggest bidding duel with 19 people bidding. In the end the chestnut colt sold for 71,500 euro to a German buyer.

The second best seller was Glamourdale Star (by Glamourdale x Furst Romancier), who stays in Germany for 20,500 euro.

Zorro (by Zoom x Ehrenpreis) remains in Germany for 19,000 euro and so does Ferro (by Furst Samarant x Burlington II) for 18,500 euro.