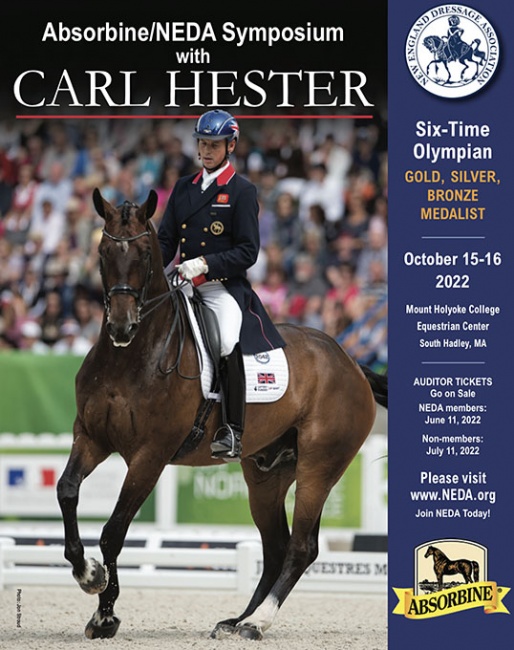 A limited number of auditing tickets are still available at https://neda.org/general/custom.asp?page=2022Symposium

An exciting lineup of horse and rider pairs, ranging from young horse to Grand Prix, were selected to serve as demonstration teams for the event. They are:

Carl Hester is credited with changing the face of dressage in Great Britain where he has been the National Champion a record nine times. He is a six-time Olympic veteran and won a Team Gold medal at the London 2012 games, Team Silver medal at the 2016 Olympic Games in Rio, and a Team Bronze medal at the 2020 Tokyo Olympic Games. He also was the trainer of the British Olympic team in 2012, 2016 and 2020.

Ticket information can be found at https://neda.org/general/custom.asp?page=2022Symposium