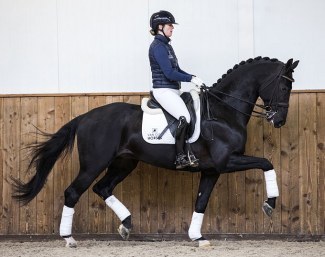 The NRPS licensed stallion Crosby became the price highlight of the 2018 Van Olst Sales which were held on Friday 30 March 2018.

The 7-year old (by Chippendale x Flemmingh) sold for 270,000 euro and will stay in The Netherlands. Crosby is bred by T. Deenen and was the high scorer at the 2015 NRPS Stallion performance test. He also finished fourth at the 2017 Pavo Cup Finals.

The second most expensive horse was the 3-year old King Kong (by Glamourdale x Negro), who sold to Australia for 95,000 euro.

The KWPN licensed stallion Inverness (by Everdale x Johnson x Variant) was part of the auction collection, but withdrawn before the sale.