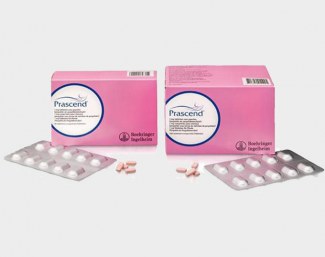 Pergolide has been the mainstay treatment of Equine Cushing’s disease, also known as Pituitary Pars Intermedia Dysfunction (PPID), for several decades. Due to the class of drug that pergolide represents, it is a prohibited substance under Federation Equestre International (FEI) and United States Equestrian Federation (USEF) rules.

Currently, under USEF GR411 Conditions For Therapeutic Administrations of Prohibited Substances, pergolide can be administered, but requires a 24-hour withdrawal from treatment prior to competition and represents a hardship to competitor and horse. Effective December 1, 2018, horses that are granted a Therapeutic Use Exemption (TUE) for pergolide can remain on pergolide with no withdrawal of drug prior to competition and no need to file a Medication Report Form (MRF) each time they compete.

The USEF recognizes the benefit of this medication in the treatment of PPID-affected horses to normalize the endocrine feedback mechanisms disrupted by this disease. Modeled after TUEs for human athletes that are sanctioned by the World Anti-Doping Agency (WADA), the USEF TUE process is intended to sanction the daily administration of pergolide to PPID-affected horses.

To obtain a TUE for pergolide, owners/trainers should submit the required medical records and results of specific diagnostic testing for PPID, obtained from a treating veterinarian, by using the updated electronic MRF and clicking the new pergolide check box. A three-veterinarian review panel will decide whether the submitted documents support the diagnosis of PPID. Upon approval, the horse will be granted a TUE for up to three years. At the conclusion of this time, a request can be made to extend the TUE. The review process may take up to 30 days to complete once all relevant information has been submitted. It is anticipated that the timeline will be shorter, but to manage expectations in a new process, this timing will be communicated. Once granted, a TUE would be effective for three years, after which the owner/trainer may request an extension of the TUE.

PPID is probably the most common disease of geriatric horses. Affected horses show a variety of clinical signs, including excessive hair growth with reduced to no seasonal shedding, frequent urination and drinking, immunosuppression, muscle wasting, and founder. The most common treatment for PPID is pergolide, a dopamine agonist. PPID results from degeneration of dopaminergic nerve cells in the hypothalamus of the brain, which causes an increased production of the hormone ACTH and other peptides. Increased ACTH concentrations stimulate the adrenal glands to increase release of corticosteroids into an affected horse’s blood stream.

Epidemiologic studies have shown that one in five horses over 15 years of age has PPID, and one in eight of these horses may also suffer from founder. In fact, horses with PPID are four times more likely to founder than horses without PPID. Untreated PPID poses a significant threat to the welfare of the horse population in general and may compromise or end the competitive career of equine athletes.

At this time, there are no plans to add additional medications to the TUE process, but that may change in the future.