What is happening
Belgium 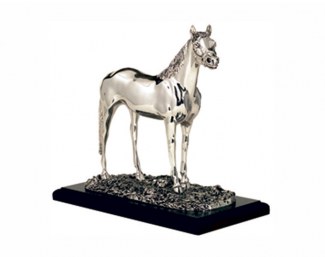 40 journalists and onliners, social media stars and media companies submitted entries – three of them have now been nominated for “The Silver Horse”. The online and social media award for the equestrian sport.

For 30 years, the Silver Horse was the most renowned media prize in the areas Print, TV and Radio. However, as an “online and social media award” it has been paying tribute to the changing media landscape for the past four years. The jury – comprising of the dressage rider, Nadine Capellmann (whose father Kurt Capellmann initiated the distinction on the instigation of Count Leopold von Rothkirch und Trach), Countess Ute Rothkirch and Wolfgang Brinkmann (both from the German Riding and Driving Association), Michael Mronz and Tobias Königs (both from CHIO Aachen) – was impressed at the diversity and quality of the submitted entries. Blogs and social media platforms were among them alongside classic media that have mastered the transformation over to digital media in different ways.

The following were nominated (in alphabetical order):

The winner will be announced during the Opening Ceremony of the CHIO Aachen 2021 on September 14th.