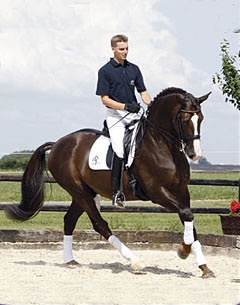 The Swedish magazine Tidningen Ridsport announced the breeding statistics of the Danish warmblood stallions for 2007. Most used breeding stallion in Denmark for 2007 is Blue Hors Don Romantic.

The Don Schufro x Romancier stallion bred to 214 mares in 2007, making him the most popular stallion in the country.

The second most used stallion by the Danes is the black beauty De Noir (by De Niro x Matcho AA). He bred to 162 mares. The Lauries Crusador xx colt Bogegårdens Laurino covers the third place in the ranking, followed by the Blue Hors Hotline (by Hofrat) and Blue Hors Don Schufro (by Donnerhall).

The most used show jumping stallion in Denmark is Heartbeat (by Heartbreaker). He covered 119 mares.