2008 FEI Freestyle Forum: Improve the Synchronicity between Horse and Music 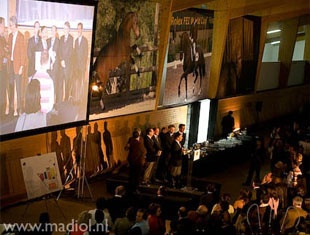 It has been three years since the first FEI Freestyle Forum and the 2008 version was much needed to get composers, judges and riders on the same line. The 2008 FEI Freestyle Forum was organized by the Portuguese Dressage Academy and hosted at Sylvain Massa's Lusitano Stud Farm and Equestrian center

The 2008 FEI Freestyle Forum in Portugal, which succeeded the first one hosted by the PSI team in Ankum, Germany, served again as platform to discuss the judging of freestyles as well as make everyone more aware of the complexity of composing and riding a choreography to music. The music professionals brought to light that there is limited knowledge among riders, trainers, and judges about the rhythm and beat of music, which are supposed to be judged on the artistic level in a kur. 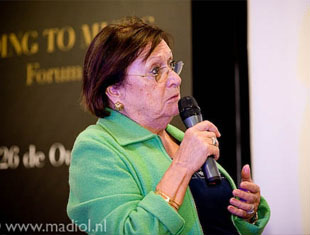 O-judge Mariette Withages opened the forum with an introduction to choreographies to music from various disciplines and provided an overview of the history and philosophy of riding to music. Withages presented outstanding video footage and sound bites and recited that the connection between horse and music has existed as early as 600 BC. Especially from 1800 until now, the combination horse and music has gained popularity and led to a competitive section in the equestrian discipline.

Withages' intro was followed by a presentation by musicologist and composer Bruno Caseirão. His speech was entitled "What is Matching Music" and he delivered a clear presentation in which musical concepts were being clarified. He brought to the fore several misunderstandings about the terminology which exist among judges, trainers and music professionals. Caseirão showed video footage of a rider performing asynchronously to a badly composed freestyle and contrasted this with footage of Anky van Grunsven 's L'Esprit Chanson kur, which he showed in segments and commented on each part. To Caseirão, Anky's French chanson kur is the ultimate example of true riding to music as it contained the right tempo, rhythm, and dynamics. 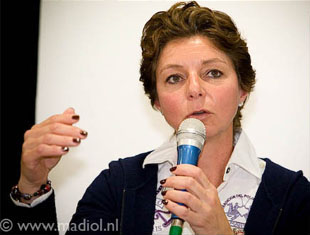 These two sessions were followed by a panel discussion with Beatriz Ferrer-Salat, Monica Theodorescu, and Kyra Kyrklund as rider representatives. Professor Günther Steinke moderated all questions from the audience and led the discussions superbly with his enlightened summaries, objectivity and knowledge.

The first day of the forum concluded with two practical demonstrations by two riders who compete at small tour level, among them Jeanette Jenny on Spartacus. The audience and music professionals got the feeling that the music did not match the movement of the horse, though the trainers and judges experienced it as a good kur, which proved their lack of knowledge on a musical level. 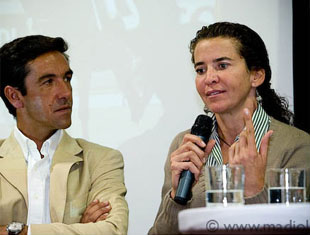 When the riders of the two kurs were asked how they felt riding "against" their music, they replied "the music doesn't bother us." This contrasted heavily with the feeling Ferrer-Salat and Kyrklund have when they ride to music. To them, the musical feeling of dance and rhythm to the beat was essential to riding a kur. Ferrer-Salat urged that without a good feeling for rhythm, it is impossible to ride a good kur or even compose one. She also said it was the basis of riding dressage.

In the evening, the organizers treated their guest to a grand opening of the Portuguese Dressage Academy. The opening was attended by high officials from Portugal. The photo left shows Carlos Manuel da Cruz Lourenço, mayor of the area, Sylvain Massa, Daniel Pinto, and Francisco Nunes Corrêa, the minister of environmnet. The festivities included a guided tour with cocktails, a buffet dinner and a show by Rodrigo Torres.

Next Page: 2008 FEI Freestyle Forum: Music to the Footfall of the Horse