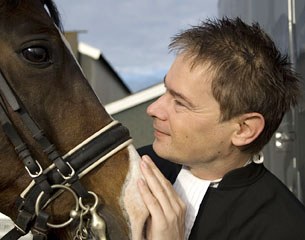 Every day thousands of horses are transported. Based on an international convention, namely the 'Convention Relative au Contrat de Transport International de Marchandises par Route’ (CMR), carriers can’t be held responsible. The risks are also for the owners and not the carrier. However, a trial conducted by me, brought a heavy nuance to this principle.

Keeping horses involves certain risks. The horse can get sick, get hurt or even suddenly die. As the owner, you carry in almost all cases, the damage. The damage in transit will also in principle be for the expense of the owner. Since a ruling by the Dutch court this partly changed. This resulted from a procedure that I performed on behalf of a client against a British carrier for the damages. Namely, while transporting a horse from the Netherlands to England damage were caused to the horse. The horse in question was reasonably sensitive to stress and expressed this by not wanting to drink.

On arrival in England, after 28 hours of transport, the horse was critically ill. The driver said that the horse indeed did not want to drink and that he must be suffering from dehydration. The expectation was that once the horse would be in the stables, he would start drinking again and return to normal. But this is not what happened. The horse appeared to be so badly dehydrated that he had to be treated and even was admitted to a horse clinic later. The damage amounted up to more than € 10.000,-

According to the carrier, he would not be responsible for damage, because this is defined in the CMR. The judge ruled otherwise. The legislation, based on fairness and reasonableness, can work additional to the CMR. The driver in question should have offered more water to the horse and if it appears that the horse does not want to drink he should have taken adequate measures. By applying the principle of reasonableness and fairness the court considers it for granted that the carrier has a duty to care for the horse. The carrier is responsible for the damages. What should the carrier have done? According to the judge, everything within his ability. This includes of course the provision of water, but within the duty of care much more.

Thus, the driver could have at least contacted the owner and ask him for advice on what to do, given the circumstances. Besides asking for instructions, the driver could have consulted a veterinarian. A carrier, just like a stable owner, can always recover the costs from the owner. From this I can conclude that a horse takes a special position in the international transport law. In my opinion the carriers responsibility to care cannot be big enough.

Weda en Wensing Advocaten, a professional Dutch law corporation, is owned by renowned Stephan Wensing, a Dutch attorney whose practice is only focused on equine disputes. Stephan Wensing has been an equine attorney since 2002. As a horse owner, trainer and judge himself he combines his two passions: horses and law. Stephan recognized the need for an attorney with detailed knowledgeable in legal issues affecting equestrians. Wensing offers a full-service litigation firm that specializes in equine-related transactions and dispute resolution throughout Europe.