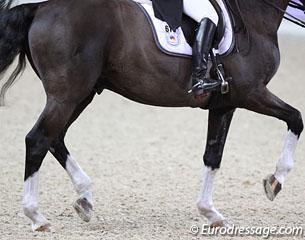 For quite some time I have been ruminating on the validity and applicability of the freestyle format in the modern dressage world. Over the years I have pointed out major discrepancies and cases of injustice taking place in the judging of the freestyle and I could only but slap the palm of my hand to the forehead when the FEI Dressage Committee decided to use the Kur as sole test to determine the Olympic individual medals.

Last Thursday I attended the 2012 CDI Mechelen, one of only two CDI's on Eurodressage's home turf in Belgium. The World Dressage Masters, which had its fair share of struggles over the year, liaised for the first time with an indoor event and the co-operation was a quite successful one as two riders of the world's top four decided to bring their number one horses to the show. I couldn't miss out on the Grand Prix -- the technical test which is the most important class in a dressage competition -- and decided not to drive back for the Kur as the scoring often seems more of a crap shoot than an objective assessment.

My interest for the freestyle, however, is always piqued as the musical aspect of the test thrills the crowds and spices the class: it triggers emotions, from the audience as well as the judges. As it has been persistently raining the entire month of December, I nested on my comfy coach and had the fire place burning while I watched the live streaming. I expected the Mechelen freestyle to stir my emotions, the same way when I watch "Sissy" or "A White Christmas," but instead the streaming become a horror movie which I will title "The Mechelen Music Massacre."

When show organizers use the kur to music as the pinnacle of their dressage programme -- the class offers the most prize money and is the crowd magnet -- the participating riders as well as the audience expect the best, at all levels. When Helen Langehanenberg entered the ring, saluted at X and came at the end of her first extended trot on the centerline her music stopped and the judge at C had to ring the bell. This is probably the worst scenario that can happen to any freestyle rider. The Mechelen sound engineers must have experienced a nightmare  fixing the problem, but for the rider it was even worse as she had to mentally compose herself to relaunch the test where it had suddenly stopped. Langehanenberg did an admirable job regrouping herself to finish the ride at top level.

Next rider to go was Nadine Capellmann and with her the same thing happened as well. At the end of her extended trot diagonal the music just stopped. She had a restart but with the volume of her music turned down considerably. Lightning does strike twice in the same spot. Such a mishap is inexcusable at a five-star CDI competition and testimony of below par organization skills on a sound management level. 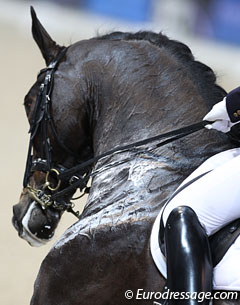 This is not where this farcical horror-comedy ends. It found its perfect sequal in the kur scoring, the perpetual Achilles heel of the sport. Disregarding the knowledge and competence of the judges, it is the format which leaves far too much room for subjectivity. Why does the same panel of judges, whose score deviation normally (should) stays within a 5% limit in the Grand Prix, bounces all over the place with their scores when it comes to the Kur? It can not be that they magically lost their knack.

To illustrate this persistent problem just look at the Mechelen scores of the top two contenders, Cornelissen and Langehanenberg.  On a technical level (same way a Grand Prix is assessed) Cornelissen received 81.75% as low score and 90.75% as high score (9% difference). On an artistic level Cornelissen got marks between 88.00% and 97.00% (!!) (again 9% difference) for her 3-year old Nutcracker freestyle which is in dire need of updating. In Langehanenberg's case her technical scores ranged between 81.75% and 85.00% (so quite consistent with a 3.25% deviation). However for Helen's insipid new freestyle music the judges awarded artistic scores between 84.00% and 97% (13% deviation). On neither level, technical nor artistic, should there be such major gap between marks. It proves that even at top level the judging format of the freestyle leaves too much room for subjectivity. In this day and age it should not happen. Dressage sport is peaking in popularity but the judging of the Kur should be as professional and as objective as possible.

Three years ago German O-judge Katrina Wüst presented a proposal to standardize the degree of difficulty in a freestyle test, which should lead to a proper rewarding of those riders who have a difficult floorplan compared to those riders who ride a horse's GP lifetime on the same baby freestyle. Anno 2012 we are not a single step further with Wüst's innovative and strong ideas. At the 2012 Global Dressage Forum the judge presented a more elaborate plan in which she discussed choreography, degree of difficulty and music. While Wust has been working hard, at some level over the years her ideas must have met with opposition or been shot down by some organisation, committee or club because not a single item of her plan has been executed. The suggestions in Wust's last presentation at the 2012 IDRC General Assembly were not flawless and several items still left room for personal opinion, especially on the musical part ("music must evoke emotions" - yes for the crowds, not for the judges as that implies subjectivity), but her ideas are valid and worth testing! 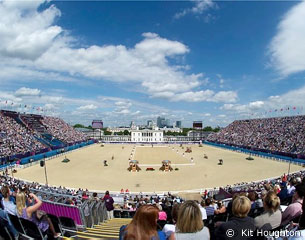 Besides implementing a fixed protocol for scoring the degree of difficulty, a next necessary step needs to be the musical education of the judges. This does not imply making dressage judges into musical experts by injecting them with music history and theory. The judges already face a hard enough task assessing the technical part of a freestyle test, let alone judge it on an artistic level. Let's make it easier for them by cranking up their basic knowledge of the architecture of a freestyle. They need to get the skills and mind-set for recognizing a well produced/composed kur: what do they need to listen for? is the music synchronous to the rhythm and tempo of the horse?  Are the transitions well done musically and not just cut and paste, stop and go transitions? To solve these issues the judges need to sit down with music experts, preferably the handful of professional freestyle designers the world has, and listen to them, learn from them. The FEI Educational Department so far has shown zero interest in working with the experts out there and instead the department adopted a see no evil-hear no evil, laissez-faire attitude.

There should be an expiry date on a Kur, let's say three years, at least for the elite riders who often get the opportunity to ride their kur and who appear on television and in the press. The longer the rider uses the same music, the more boring it gets for the crowsd and the easier it will become for the horse who by then can execute the test by heart. The degree of difficulty gets easier if a horse performs the same floorplan over and over again. The sport needs to stay popular and attractive; diversity in music is essential to that!

The artistic part of a kur score sheet needs to be totally reconstructed and renovated. Each stakeholders' group (IDTC, IDRC, IDOC and the FEI DC) could select a couple of representatives to sit together with a small group of dressage freestyle composers for a proper brainstorming session. No more committees paying lip service but remaining passive. We need an active working group which will test a new concept within a reasonable period of time, like the Dressage Task Force did in Aachen in 2009. To this date the sport is still reaping the benefits of the projects tested there!!