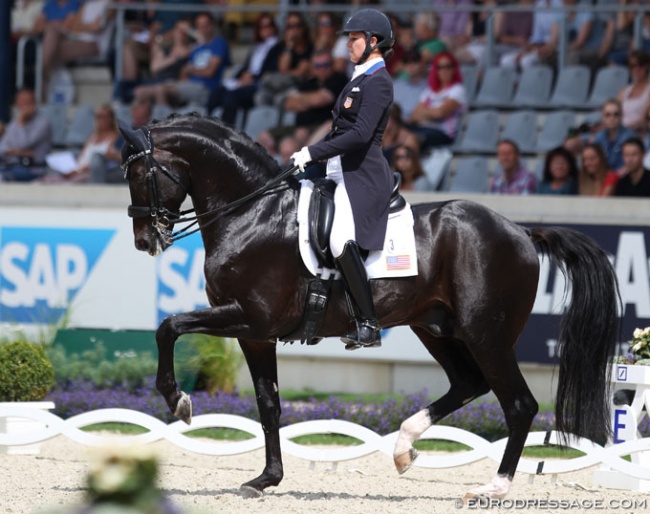 Born in 2007, Salvino is bred by Joachim Essink from Stockach, Germany. He is by Sandro Hit out of Dynastie (by Donnerhall x Brentano II x Imperator). He was originally named Sandronnerhall and purchased in Spain in May 2015 by an American syndicate through German horse dealer Jochen Arl.

The syndicate is called Sandronnerhall Partners LLC and led by Akiko Yamazaki. It is managed by Jen and Bruce Hlavacek with Betsy Juliano, Elma Garcia-Cannavino and Jim Cannavino as co-investors. They purchased the stallion for Adrienne Lyle to ride. After the retirement of her 2014 WEG mount Wizard, Lyle was without a Grand Prix prospect.

Lyle and Salvino made their international Grand Prix debut in 2017 and competed at the CDIO's in Rotterdam and Aachen as part of an official U.S team euro trip.

“I think you don’t often get an opportunity in life to get a horse with such potential, trained and ridden in a situation of great familiarity and in which I have complete confidence,” Juliano told Dressage-News. “I’ve also had the chance to watch not only Adrienne but also other excellent U.S. team riders and one of the greatest joys of my life is to be part of that effort. Whether we win or lose it is always a thrill to have riders competing under the U.S. flag.”