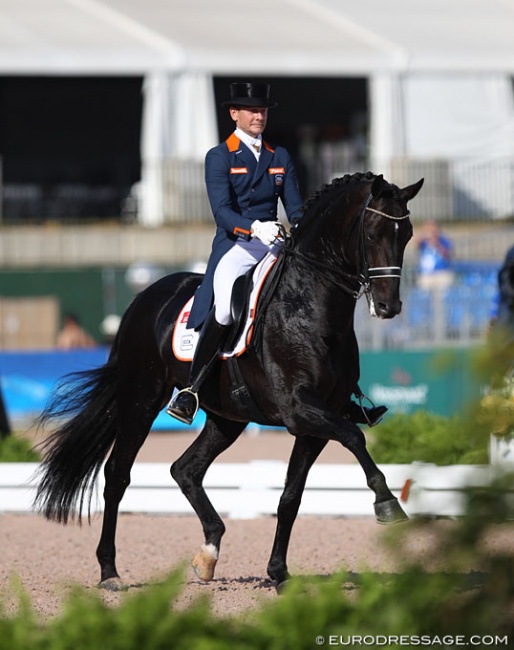 The first World Cup qualifier of 2019, the CDI-W Amsterdam, will not be featuring one of Holland's favourite pairs: Edward Gal and Zonik.

After withdrawing from the 2018 CDI-W London in December, the pair has now also withdrawn from Amsterdam.

"Unfortunately Zonik is not fit to compete in Amsterdam," owner Glock took to Facebook. "After the fever he had in December, he seemed to be fit again. But now he had a mild fever again, so we decide not to bring him to Jumping Amsterdam. We'll examine him further and let you know."

The pair represented The Netherlands at the 2018 World Equestrian Games in Tryon, where they finished seventh in the Grand Prix Special. After Tryon they competed at the CDI Stockholm at the beginning of December, where they were 10th in the freestyle.