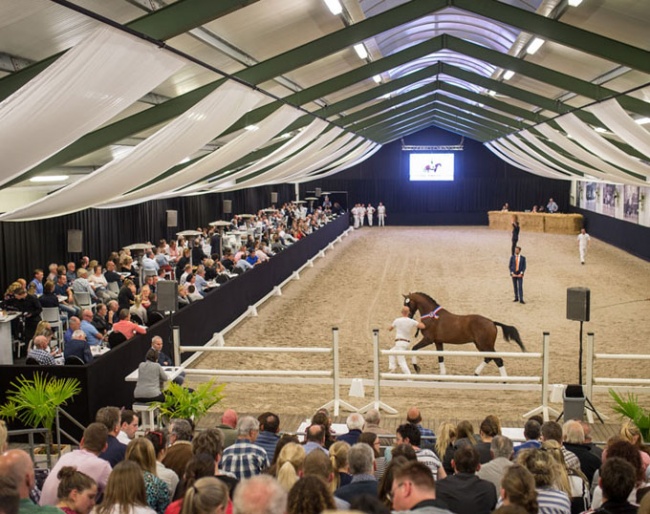 Loverdale W became the top selling horse at the 2019 Van Olst Sales, which celebrated its sixth edition on Friday 19 April 2019.

Loverdale (by Glamourdale x UB40) was the best seller of the cllection, moving to the Czech Republic for 210,000 euro.

"It's an exceptional amount for a 3-year old, but it's also an exceptional horse," said Sales organizer Gertjan van Olst. "We are super happy that our steady clients bought him. Generally we can say that people pay for quality."

Eight horses sold over 40,000 euro.  The small tour level trained Furst Romantico (by Furst Romancier) sold for 145,000 euro and will also move to the Czech Republic.