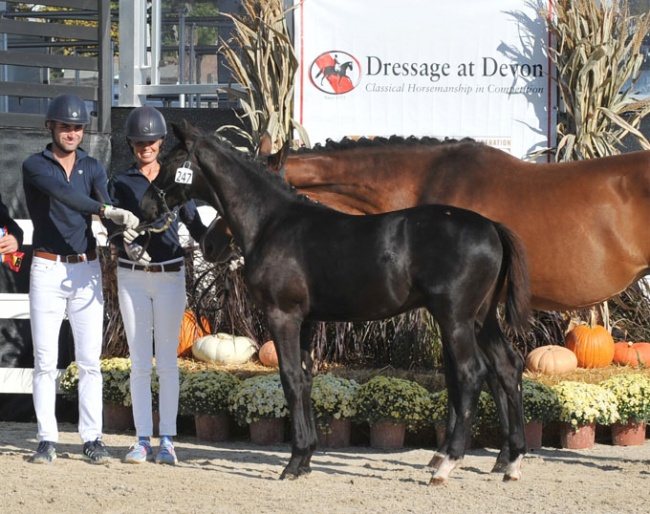 The Dutch warmblood bred colt Oskar (by Hennessy x Prestige) became the winner of the Overall Foal Championship at the 2019 Devon Breed Show on Wednesday 25 September 2019.

Four foals, the winners and reserve champions of the colt and filly divisions, competed in the champion's ring for the overall foal title.  KWPN breeding wielded the axe of power in the 2019 Devon Breed Show as all four foals competing for the Overall Championship were KWPN bred.

Christopher Preston's black colt Oskar was named the foal champion. He is by Hennessy out of Beatrice VDL (by Prestige VDL). He is bred by Dee Osborne.

The reserve champion was Robyn Weaver's KWPN filly, bred by Leslie Feakins. She is by Fabregas out of Glamour Girl (by Ampere).

For the second time at the Devon Breed Show pony breeding classes were included in the programme.