Japanese Riders Named for 2020 Florida Trip in Preparation of Olympics 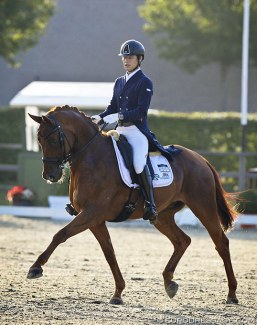 The Japanese equestrian federation has named six riders that will travel to Florida for the 2020 Global Dressage Festival, where they will train and compete in preparation of team selection for the 2020 Tokyo Olympics.

The Florida training camp is an initiative sponsored by the Japan Racing Association. Christoph Koschel is team trainer for Japan and will be coaching the riders there.

The national federation invited all riders who are based in and competing in Europe for the Florida trip and they could decide themselves whether to accept the opportunity or not.

Although the Japanese equestrian Federation did not officially list the names of the horses that will fly to Florida, the six that have agreed to go will all, but one, bring two horses with them.

The selected riders are:

More riders might still be added to the list, but these six have been confirmed by the federation.