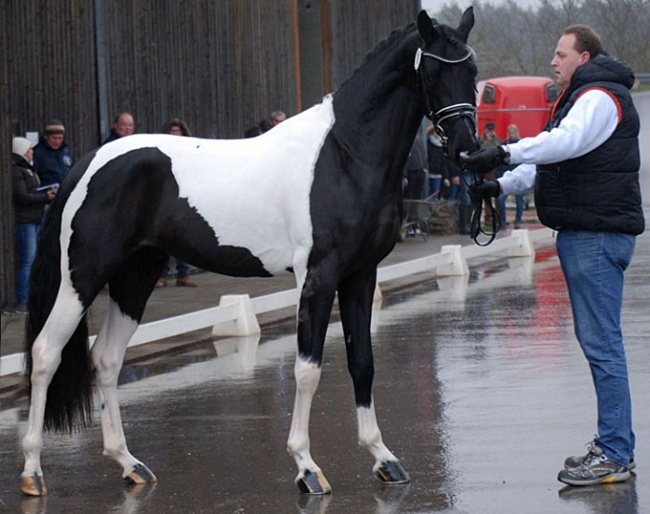 The Breed Society for German Horses (Zfdp) held its winter auction in East Bavaria and its stallion committee ended up approving six dressage bred colts at its winter licensing. Three of them were premium stallions.

Furst Fabelhaft is bred by Hartmut Ahmann and owned by Verena Brand.

The committee named the tobino coloured Classico Deluxe C (by Cadeau Noir x Blickpunkt x Samico) the "Best Zfdp Horse" of the licensing. He was the crowd favourite with his paint coat and quality movements.

At the third edition of the Young Stallions Auction 32 colts were sold at auction. Babtiste sold for 102,000 euro. The licensing champion Furst Fabelhaft only fetched 32,000 euro. The average price for a horse in this auction was approximately 18,000 euro.