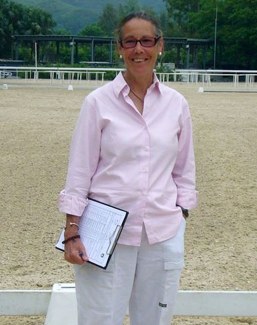 Hong Kong 4* dressage judge Alison King has passed away after a short illness on 2 March 2020. She was 69 years old.

She was also a 2* FEI steward for jumping, dressage and eventing since 2009. In 2016 she became the course director - steward for para dressage.

King became ill at the 2019 Asian Games in Pattaya, Thailand, and had to withdraw from judging the freestyle there. Soon after she cancelled all her judges duties scheduled for 2020 and stepped down fully from all the work positions she held.

Alison was married to professor Nigel King, a pediatric dentist who also works as an FEI Steward in show jumping.