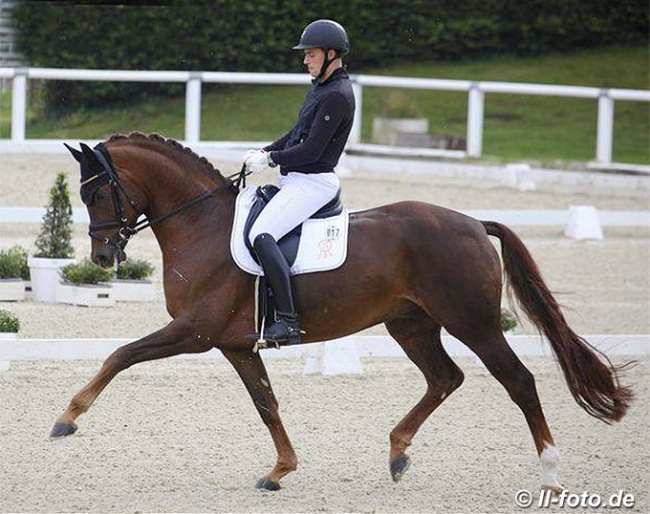 The German equestrian federation has announced the horse-and-rider combinations which have been selected to represent the German breed societies at the 2020 World Championships for Young Dressage Horses.

The dates for the 2020 WCYH moved from August to 9 - 13 December 2020 because of the corona pandemic. The event will be hosted indoor.

The German NF hosted two selection trials for Verden. The first took place in Warendorf on 29 - 30 September and featured a small group of 5 and 6-year olds, that had not competed at the 2020 Bundeschampionate, and a large group of 7-year olds were entered for the first trial.

The second selection trial took place indoor in Warendorf on 19 - 20 October 2020 to which a larger group of 5 and 6-year olds was invited, as well as the qualified horses from the first trial. The selection was supervised and commented on publicly by German Grand Prix team trainer Monica Theodorescu.

The selected horses are:

Remarkably not selected in this lot were last year's German team horses Espe (then under Eva Möller, now under Cathrine Dufour. Espe was withdrawn from second selection trial after knocking herself in the stall) and For Gold OLD (Stefanie Wolf) as well as Caty OLD (Eva Möller), Bundeschampion Finest Selection (Patrick Kraft), and the internationally competed Eyleen (Yvonne Kläne).