2021 CDI Exloo in March Cancelled, Outdoor Edition Planned for May 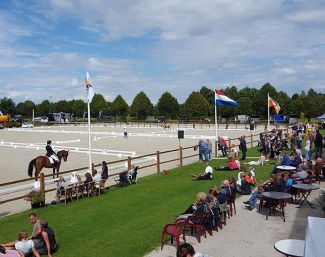 The current corona restrictions in The Netherlands make an international 3* competition not viable.

The CDI Exloo was supposed to be a 4-day event, but participants were not allowed to linger on the premises and the bar and restaurant as well as the indoor seating have to be closed.

Five CDI's Down to Three

Originally five CDI's were scheduled for that weekend of 18 - 21 March 2021. Two of them are now cancelled: Exloo (NED) and Keysoe (GBR).