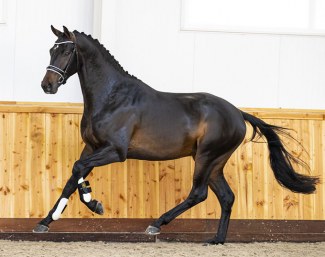 The 3-year old KWPN stallion No Limit became the best seller of the second edition of the VSN Online Auction which concluded on 30 March 2021.

VSN is a Dutch federation of regional breeders that support each other in the marketing of their breeding products.

The second most expensive dressage horse was the 3-year old gelding Neymar (by Just Wimphof x Tuschinski), who moves to Belgium.

The international interest in this auction had grown significantly with bids from clients from Germany, Poland, USA, UAE and Portugal.