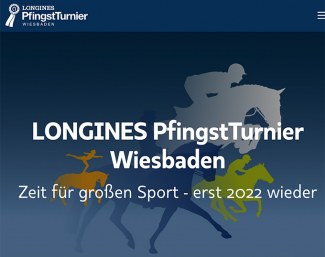 Another calendar highlight international dressage competition bites the dust. The 2021 CDI Wiesbaden, set in the picturesque Biebrich castle park, will not take place this year.

The 2021 CDI Wiesbaden was scheduled for 21 - 24 May, but this year's edition has been cancelled.

The organising committee announced on 14 April that, "both the current Covid-19 development and the demands of the FEI regarding the implementation of measures to combat the herpes virus have led to the decision."

The OC added that, "organizing the competition under these conditions would not be responsible to the population, the city, the country, or our loyal sponsors. Tickets already purchased for 2020 and 2021 remain valid for the 2022 edition."

Wiesbaden had planned on organizing a CDI big tour, the Piaff Forderpreis for German Under 25 riders and tests for young dressage horses.

This is the second year in a row that the castle competition in Wiesbaden cannot take place due to the corona pandemic.