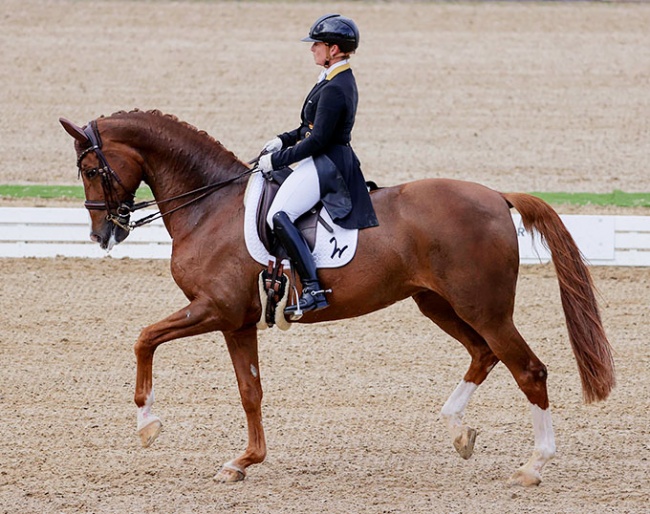 Bella Rose's winning come back at the 2021 CDI Mannheim sufficed to be immediately re-submitted into the German A-team from which the Olympic team will be picked.

Werth's 17-year old Westfalian mare Bella Rose (by Belissimo M x Cacir AA) made a winning come back in Hagen after a 20-month hiatus from competition. She scored 79.957% and 80.277% for two trophies.

The Dressage Selection Committee of the German Olympic Equestrian Committee (DOKR) immediately updated its A-squad after Mannheim and Werth is now selected with no less than four Grand Prix horses! She can literally make her own team, including a reserve. With three of these horses she is ranked in the top 10 of the FEI World Ranking.