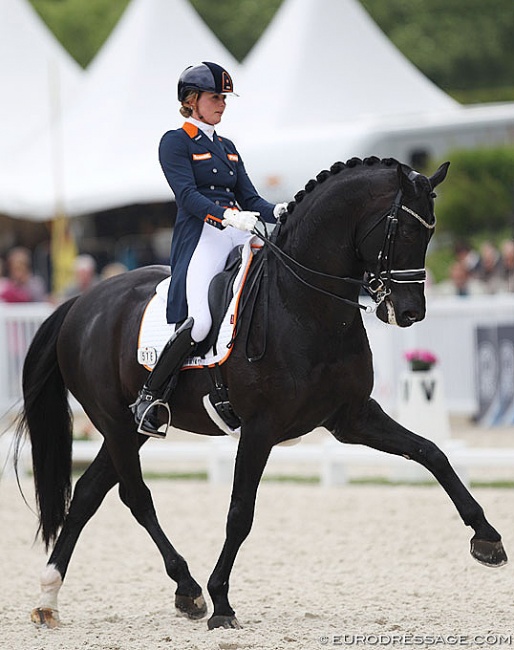 Dutch combination Emmelie Scholtens and Desperado have withdrawn from Olympic contention. The stallion sustained an injury and cannot compete in the Dutch selection trials.

After winning the national squad observation trial in De Meern with 77.03% in February 2021, they were supposed to kick off their Olympic campaign at the 2021 CDI Hagen in April, but withdrew from the event. Two weeks later they also cancelled their entry for the CDI Exloo.  Scholtens indicated that Desperado was not fit but had no clear prognosis yet.

Today the Dutch equestrian federation announced that Desperado has been withdrawn from Olympic contention.

"It's really a pity but there will no Olympic Games for us," Scholtens commented. "Desperado sustained a minor injury and the observation trials are just too soon. We are now aiming for the European Championships. This will give us more time and if all goes well it should be feasible to be there."

The European Championships take place on 7 - 12 September 2021 in Hagen, Germany. The first Dutch Olympic selection trial is next week at the Dutch Nationals in Ermelo on 4 - 6 June. The second and final trial is the CDIO Rotterdam on 1 - 4 July.

The Dutch team will be announced on 5 July.