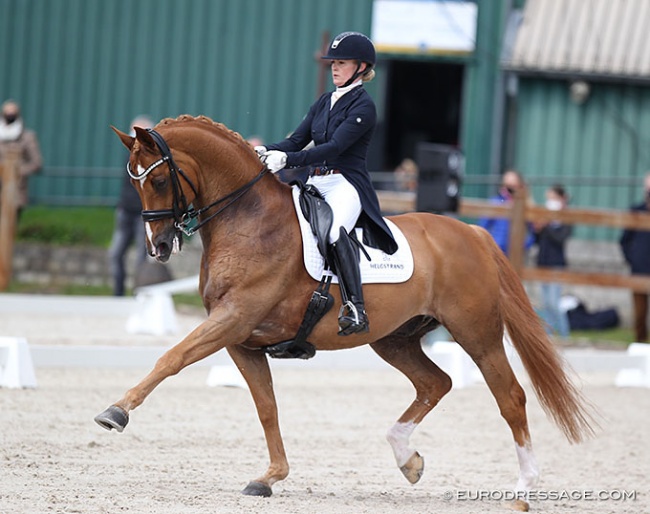 The Swedish Equestrian Federation has announced the teams that will represent Sweden at the 2021 European Dressage Championships, to be held at Hof Kasselmann in Hagen, Germany, on 6 - 12 September 2021.

Following the 2021 Swedish Dressage Championships in Flyinge last weekend, team trainer and selector Bo Jena made his final pick for the senior team, which includes one team newcomer, Danish born Swede Jacob Norby Sorensen, and one routinier who returned on the Swedish team after 7 years, Jeanna Hogberg. Her last major team championship representation at Grand prix level was at the 2014 World Equestrian Games on Darcia.

Remarkably absent from the team is long-time team anchor Patrik Kittel. Although four Grand Prix horse to ride (Well Done de la Roche, Delaunay, Fiontini and Forever Young HRH) to ride at the moment, Kittel is looking at 2022 with them.

"I want to do the World Cup with Dude (Delaunay) and neither Fiontini nor Forever Young HRH have done the two times 66% before entering, so they are not allowed (to compete in the European Championship). Welly is still recovering and will take it super slow," Kittel explained to Eurodressage. He added that he is aiming for  the winter indoor show season and the 2022 World Championships in Herning.

Swedish U25 team trainer Tina Due Boje also made her selection after the Swedish Nationals where Lina Dolk claimed the title.