Lisbet Seierskilde to Be Danish Pony Team Trainer as of 2022 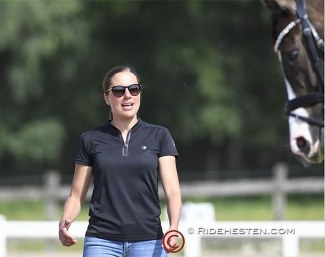 Seierskilde was already assisting Dennis Fisker as of March 2021.

This year Fisker's team training duties had been expanded with the Under 25 riders alongside the juniors and young riders and his plate was more than full with four age division to juggle.

Seierskilde is an example of how systematic dressage development works, having represented Denmark as a pony, junior, young rider and senior Grand Prix rider. She competed at the 2012  Olympic Games in London with Jonstrupgaardens Raneur. She retired her number one horse in 2016 and returned to the international arena in the autumn of 2018 with the home bred Jonstrupgaardens Cocio (by Desperados x Camelot). Her last CDI was in June 2019 at small tour level. Lisbet runs her own dressage trainer and breeding facility in Denmark.

"For me it is a gift to be allowed to support the talent development of the next generation of Danish dressage riders," said Seierskilde in a press release. "It is a big responsibility and I want to take up the task humbly, but with great courage."