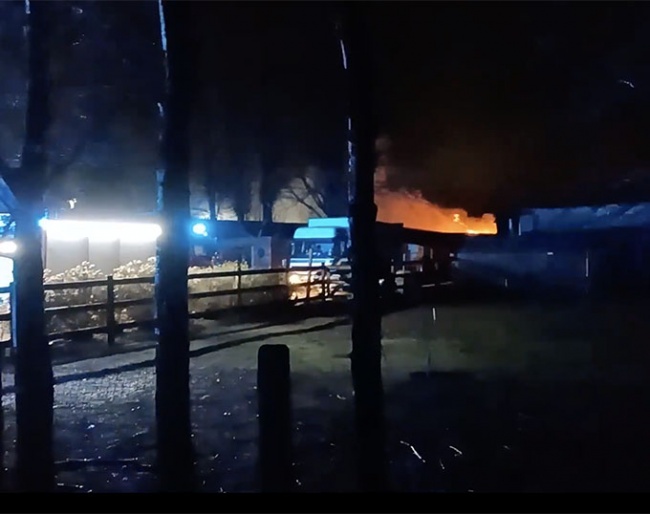 Six horses perished in the fire that raged at Belgian dressage breeding farm and stallion station Kempenhoeve in Balen, Belgium in the night of Saturday 19 February 2022.

The fire brigade was on the scene with 30 firemen to control the situation. By 0h15 the fire was under control.

The fire started around 23h00 in the stable building and immediately spread. Owner Marc Dries immediately tried to save as many horses by opening their stalls and some horses ran into the streets. One of them hit a car and did not survive the blow. The driver of the car had to be brought to the hospital with minor injuries.

A whole group of neighbouring people ran to the yard to help, daughter Mieke Dries reported. Two horses perished in the part where the fire had broken out. A fourth passed from smoke inhalation. Later in the day two more horses passed, while two are still in a critical condition.