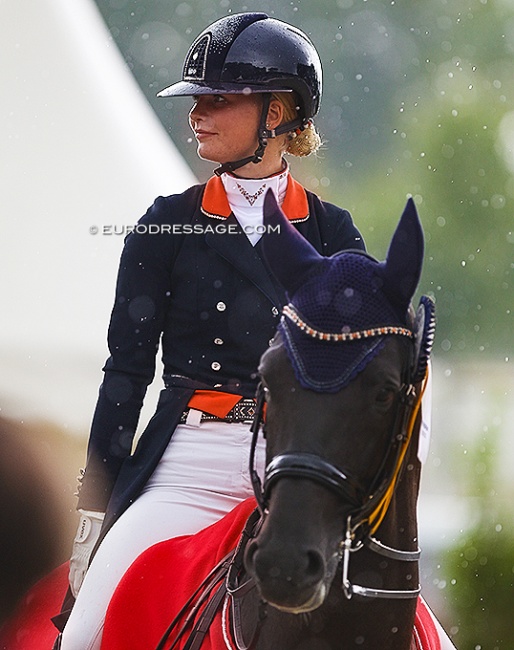 Four dressage riders have been resubmitted to the 2022 KNHS Talent Team which has been announced at the 2022 CDI-W 's Hertogenbosch on 12 March 2022.

For 2022 the group has been reduced to four riders with Dutch aspiring U25 rider Daphne van Peperstraten being dropped from the team. Van Zwambagt, Luiten, Pap and Rockx remain on the team.

Daphne has been preparing her top horse Cupido (by Johnson x Duko) for the Under 25 tour and did not compete him internationally in 2021. She showed her second horse Hotmail V (by Apache x Silvano N) in the Young Riders division at the two CDI's in Exloo last year.

Riders on the KNHS Talent Team can be maximum 25 years of age and have been selected by the Dutch team trainers. Their submission to the Talent Team is a recognition of their achievements and potential for the future. Members on the talent team get financial support for extra training and coaching for their top sport career.