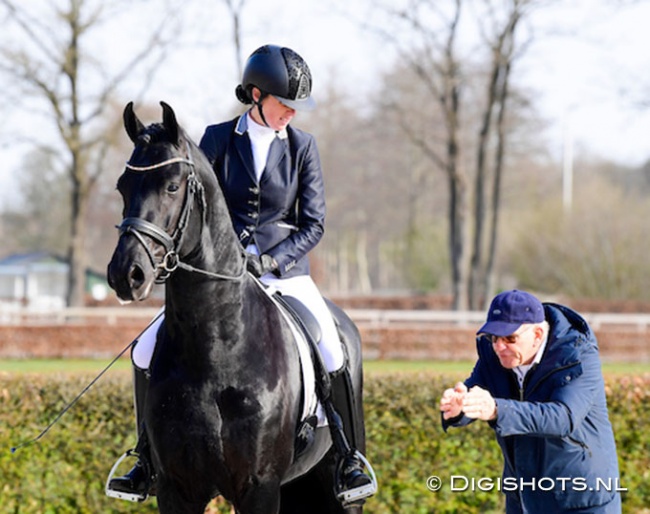 The Dutch Equestrian Federation and KWPN society have announced the names of the horses which have been selected to move on to the second team training and selection trial for the 2022 World Championships for Young Dressage Horses.

The Dutch WCYH selection process for 2022 started with a wild card day in Nunspeet in March, followed by a first training and selection trial in Ermelo on 11 - 12 April 2022.  The selection committee consists of Floor Dröge, Johan Hamminga, and Veronique Roerink.

"The circumstances were ideal. The arena at the National Equestrian Center was in fantastic shape and the weather played along. We saw many good horses, real good combinations with a lot of potential," said Hamminga. "These two days the riders rode a test and got tips for their training. This selection moment we mainly focused on the quality of the horse concerning its gaits and how it is ridden. A mistake in the test is not a problem this early in April. We still have plenty of time to work in all peace on it."

Hamminga continued, "the advantage of this selection process is that we now already have an idea and still 4.5 months to go, so that the riders and horses can catch their breath. Next time we'll see what the riders have done with our tips, even though we were pleasantly surprised how easily already the horses did the test. Especially for the 7-year olds the test is quite a challenge, but for many horses it didn't seem a problem."

The second trial will be on 4 May 2022. Some horses, who were absent on the first trial due to injury, can be invited to the second trial.

Invited to the second trial are: