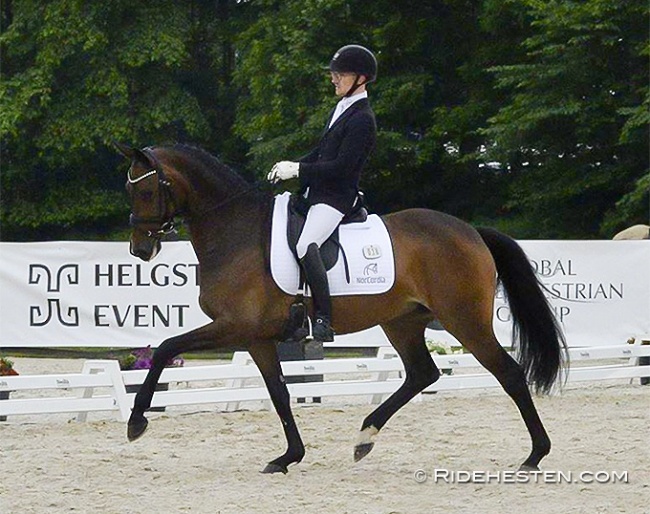 Following the first team selection trial at the 2022 Danish Dressage Championships in Uggerhalne, the Danish equestrian federation and Danish warmblood society announced the names of the horses which are through to the second round.

At the first trial the entered pairs had to ride the preliminary test on day one and the finals test on day two. Thirty-two horses in total were entered for the three age divisions.

Judges Gunilla Nyman, Birthe Lyder Nielsen and Danish youth team trainer Dennis Fisker made their choice in horses which are now eligible to move to the second round.

In the 5-year-old group we have picked many because there is, after all, time to improve their balance, strength in canter and transitions," the panel told Ridehesten.com. "For them three good gaits are required first and foremost. The 6-year olds make an even group and among them is our world champion from last year (Hesselhoj Down Town), who has improved tremendously from yesterday to today. Several of the horses and especially the stallions were very impressed with the surroundings yesterday. The 7-year olds were clearly better today all together. To go to Ermelo, it is not enough to have three good gaits. You also have to be able to really show your transitions, tempo changes and rode on the letter. There are 5-star dressage judges there."

Twenty-four horses will move to the second round on 19 - 20 July 2022 in Vilhelmsborg. No less than 7 of them are sired by Hesselhøj Donkey Boy.